Our Chiropractors Take an Innovative Approach to Treating Health Problems

Who Can Benefit From Chiropractic Care?

There is so much to consider when making healthcare decisions. What we see is that people come from vastly different experiences but they often need generally similar care. The elderly are managing discomforts and longevity in their golden years. Children are cared for with prevention, sports, and wellness in mind. Everyone in the mid stages of their life is trying to ensure they can keep up with and keep gaining on their goals. A thousand obstacles to health exist: a rough tackle, car accidents, stress, sitting at a desk all day, and trying to do everything on your own. So…who can benefit from chiropractic care? Everyone! 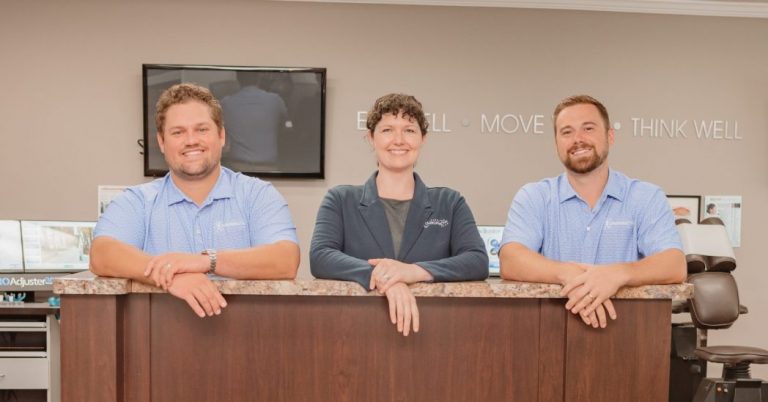 We pride ourselves on meeting our patients where their health goals are while coaching them on how to take care of their own body. Chiropractic care can look very different depending on what you are looking for. Many enter our office for pain relief and others for preventative care.

What version of Chiropractic Care are you looking for?

What's the difference and how does it apply to me?

In the United States people are conditioned to utilize health care in a reactive manner. That looks like going to the primary care doctor when symptoms appear and utilizing some form of medication to deal with the issue until symptoms resolve. This approach is inherently after the damage is done, it does nothing to change things functionally, and often creates a recurring cycle of addressing the same set of issues. Worse still, the frequent suggestions toward surgery to mediate issues that could be eliminated, in a much less invasive way, is concerning. It isn’t that there aren’t problems you could take medication for, but rather that remedy is far overutilized.

When it comes to musculoskeletal conditions the body is, more often than not, capable of healing without medication or surgery if it is given the right environment. That is where we come in. With chiropractic care, we believe in helping people see their wellness potential in whatever stage they may be in. Children with uneven wear on their shoes, mothers with upper back pain, athletes with sprains, and even the hard working dad that tried to move a tree on his own. We all find ourselves seeking answers to bodily struggles. What we propose is that we can facilitate those natural processes of healing in a conservative way that gives lasting relief, from the inside out.

What is the scope of Chiropractic Care?

Chiropractic care is known for the focus on joint integrity and its impact on the nervous system. However, the breadth of healthcare that chiropractic physicians encompass is well beyond the adjustment. With specialized healthcare education comes a wealth of knowledge. In this office, we help patients with gastrointestinal, hormonal, and metabolic disease. We test and use functional medicine to approach treatment. We utilize state of the art clinically proven technologies to promote the fastest and most effective healing process possible. With all of this comes specialized curated supplemental recommendations to support the body whether from trauma or disease.

The foundational point in this office is to find the root of the problem and seek true resolution, as opposed to covering symptoms. At our heart is honesty with our patients. We set realistic goals together that attend to your level of commitment and ours. We stand by our recommendations and if we feel something is out of the scope of our care we will refer you to one of our allies in the medical community. We will facilitate what you need here or elsewhere. How far you want to go with your healing will always be up to you.

Unfortunately, the tendency to lean on modern medicine has not created thrilling results. More people are on some form of medication for pain, disease, or mental illness than ever before. What we have learned is that if we remove as many obstacles for the body as possible, it will heal. The adjustment is a long held, well researched remedy for neck and back pain. It is simple, safe, and very effective. When used alongside other healing opportunities, it is life changing!

How we do Chiropractic...

We determine the individual needs of the patient from their examination, as well as, the goals they have for themselves and the timeline in which they wish to achieve them. We utilize digital x-rays as a part of our diagnostic procedures to identify areas of pathology, altered biomechanics and misalignments.

When spinal health is compromised because of misalignments of the spinal vertebrae (the small bones that make up your spine) or damage to the surrounding tissue, your body does not function properly. This results in compromised overall health. We correct these misalignments by gently adjusting the position of the vertebrae, freeing the nerve system from spinal stress and ultimately unleashing the healing power of your body. The result – pain is reduced or eliminated, your immune system functions more efficiently and resistance to disease increases. Research has shown chiropractic care can help prevent surgery and reduce pain in most people. 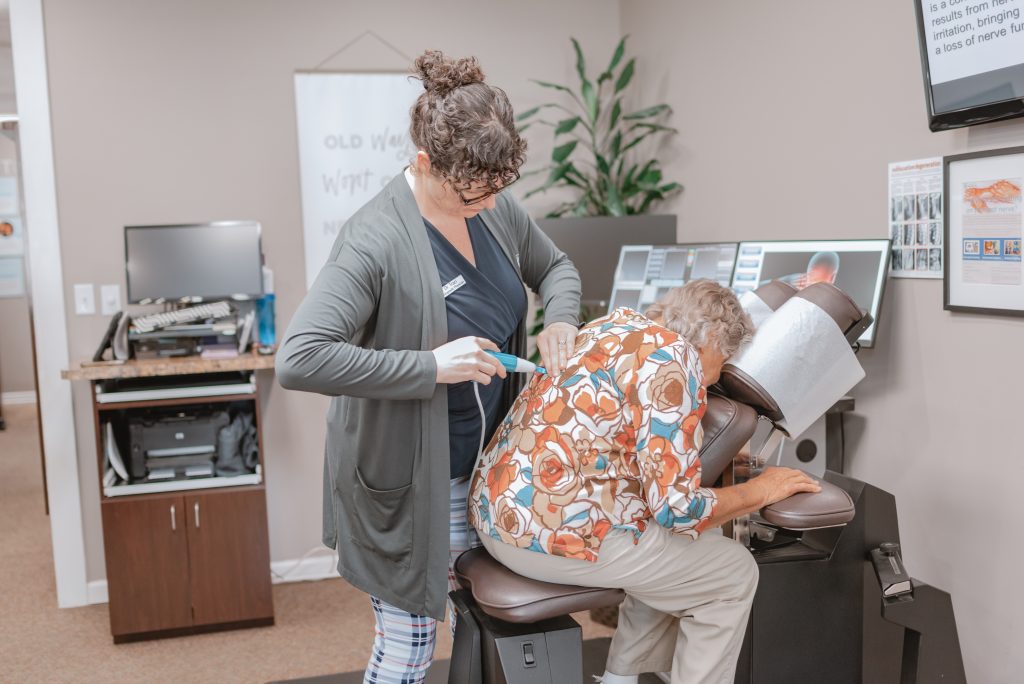 We believe that chiropractic adjustments are magnified by the use of therapeutic modalities and physical rehabilitation. We elect to do these concurrently to obtain maximum therapeutic benefit.

When developing treatment strategies, we strive to progress our patient through all phases of non-drug and non-surgical care. Patients primarily begin in the acute tissue healing phase where we are addressing pain and inflammation. As the patient progresses, it is then time to address the supportive tissues to create lasting effect, this is corrective rehabilitation. Once all short and long-term goals have been met, we develop a strategy to maintain their maximum medical improvement. Care is individualized and while these are often necessary parts of the process, we see many patients with no ailments seek to prevent and expand their wellness potential.

At Carolina Chiropractic Plus, we are dedicated to offering our patients the best treatments available by using the highest grade cutting edge technology at our state-of-the-art facility. In addition to traditional chiropractic care, our office provides an integrate approach to health care spanning the entire rehabilitative and wellness spectrum.

You can call us today to make an appointment for your first exam, evaluation, consultation, and treatment with us. We know you will appreciate the comfortable, easy, tranquil environment we have created for you. If you are looking for a chiropractor near Shelby, Carolina Chiropractic Plus is the one for you. Book your appointment today using the buttons below.

If you are ready to take the first steps towards finding relief through our cutting edge technology and therapies, then fill out the form below and one of our staff members will be in contact to answer your questions and to schedule a phone or in-person consultation.